Every year the U. S. Library of Congress chooses 25 recordings to preserve for future generations. The recordings are chosen because they are important parts of American culture, history, or art.

In 2020, Glen Campbell’s recording of Jimmy Webb’s song “Wichita Lineman” was chosen for preservation. This is the story behind the song.

Level 3 (High Beginning and Up) 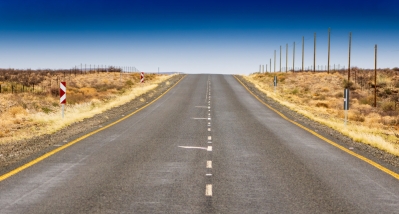 On a summer afternoon in 1968, songwriter Jimmy Webb was driving on a road in Oklahoma. There were no houses along the road, and no trees—just grass in every direction. Next to the road, there were telephone poles. The poles were in a straight line that went all the way to the horizon.

In the distance Jimmy saw a man on a ladder near the top of a telephone pole. He was a lineman. His job was to check the telephone lines to make sure they were OK. At that time, private companies did not own the telephone lines; county governments owned them. So the man was an employee of a county in Oklahoma—he was “a lineman for the county.”

As he got closer, Jimmy could see that the man had a phone in his hand, and he was 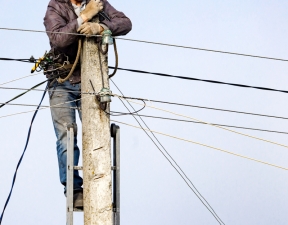 After he drove past the lineman, Jimmy couldn’t stop thinking about the work he did. It was a lonely job, Jimmy thought. What did the lineman think about all day? Maybe he thought about someone he loved. Maybe he thought about the weather. Maybe he worried that next winter a snowstorm could take down some wires. Or maybe he hoped for rain so that he could take a small vacation.

Jimmy wrote a song about the the lineman. Although he had seen him in Oklahoma, Jimmy imagined that the lineman lived in Kansas, near the city of Wichita. He called the song “Wichita Lineman.” The song became famous. It was a big hit for singer Glen Campbell.

Later Jimmy said, “This song is not just about a lineman. It is about anyone who can think about other things while they work—a truck driver, for example, or a farmworker. It is a song about an ordinary person who has extraordinary thoughts.”